Languages tutor, Helena Kresin provides a personal perspective on language and identity, exploring languages are a part of our culture.

When I think of where my love for languages came from, the story is a personal one. Rather than objectively deciding learning a language might be a useful endeavour, another qualification to tick off for potential gainful employment, I was motivated to learn Spanish after having lived in Arizona. Close to the Mexican border, the state was infused with latino culture. Spanish, with its various regional accents (mostly Mexican and central American) floated in the air.

My middle school teacher had endless stories to tell about his time in Guatemala, the adventures of the many brothers and sisters which formed his extensive Catholic family and the struggles of leaving a violent country to illegally cross over the border into a safer one. School lunches offered nachos and burritos. A quick trip to the cinema, and you’d see families carrying popcorn adorned with jalepeños.

At friends’ family gatherings, I watched salsa dancing performed so nonchalantly, with no sense of performance or attempt to elicit attention, that it was clear the dance was merely part of a standard routine.

Languages Are Woven into Our Identity 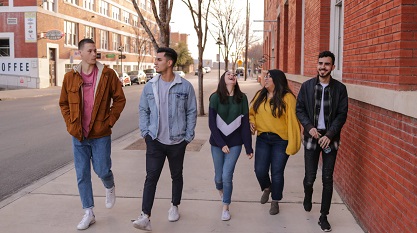 It is not surprising that when I think of how I came to begin learning languages, individual experiences come to mind. Languages are woven into our identity. As Evans states, ‘when we use language, we do so as individuals with social histories’[1].

In circumstances where languages have been supressed, such as in Franco’s Spain where Spanish reigned at the expense of regional languages and dialects, there was a resentment and anger at what was considered an affront to individual rights, an intrusive control of the language intimately spoken with family and friends.

With regards to Catalonia’s separatist movement, language is another defining feature which separates the region from the rest of the country. I have seen it used in contexts where there is a deliberate effort to create an affinity with an equally Catalan-speaking interlocutor, or to remind someone that they are first and foremost Catalonian, and Spanish second. 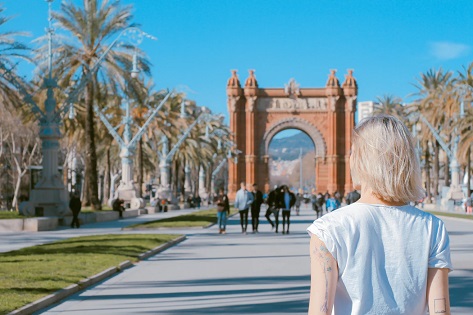 To truly understand a culture, therefore, being able to speak the language of the natives is essential. As an English speaker, there is no doubt that I can count on the fact many can also speak my language, wherever I go in the world. But there is a difference between speaking English and speaking it well. I have found that were I to rely on the second category, having in-depth conversations with people abroad would have been more challenging.

Eating in at a creperie in Paris, I laughed with the waitress that the creamy, chocolate covered dessert was indeed all for me. My non-French speaking companion, meanwhile, noted monosyllabic, yes or no answers, not due to the waitress’s lack of friendliness, but rather her discomfort in easily conversing in English. Experience has also shown me that there is often gratitude at your attempt to speak the language. The individual you are conversing with becomes more comfortable and more likely to open up.

After a few hours of meeting people in Spain, some several decades my senior, I had been given insight on affairs, divorces, jealousy and how they hoped an impending holiday with their partner might give them the epiphany they were looking for as to whether their relationship was worth salvaging. Equally, in many situations, without any ulterior motive on my part, speaking the native language resulted in people being more predisposed to assisting me, bending the rules slightly in my favour, giving me some kind of discount or free treat, not just giving me directions but accompanying me to the desired destination to ensure I definitely arrived.

I would have put this down to sheer kindness, were it not for the fact that my helpers often readily admitted, for example, that ‘it was since you speak such good French’.

The Benefits of Learning a Language

The benefits of learning languages abound. They prove useful in sticky situations, they have numerous cognitive benefits (from warding off Alzheimer’s to improving problem-solving skills) and they are indicative of the dedication and mental capacity to learn challenging concepts. But above all, they form part of what makes us humans, connecting us with others and opening our minds to different cultures and ways of life, showing us that we are one small part of a large and varied world. 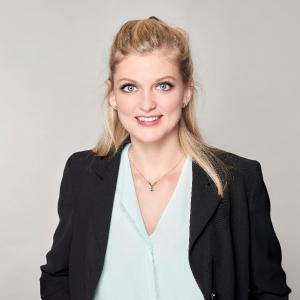 Helena is a languages tutor in Fulham, London. She studied modern foreign languages at Oxford University and is fluent in French, Spanish and Italian. She runs individual and group tutoring sessions for all ages.