This post is written by Wasim Akber, an Engineering and Maths tutor in Harrow. This article recounts Wasim's journey of helping an undergraduate student cruise through his third year of studies.

In the April of 2014, an undergraduate tutee turns up at my doors for an introductory lesson on Fluid Dynamics in preparation for his 1st-year final exams (as part of his Mechanical Engineering course) the following May/June. It turns out that he has already failed 5 out of the 6 modules in his January exams, and that he would have to repeat the entire year of studies if he were to fail any more modules in his upcoming (summer) exams.

On the Verge of Terminating His Degree

I remember him saying that he was on the verge of voluntarily terminating his degree programme if he were to follow the same trajectory any longer. At the end of the first lesson, the student clearly appeared to be overjoyed and hopeful, and he complimented me on how easy I made a topic on Helicopter Aerodynamics look.

Over the next 6 weeks, we intensively prepared for his upcoming summer exams by working through specimen and past exam papers, in line with relevant background/theory. This was the most sensible approach to take since we had limited time for exam preparation.

He ended up passing the summer exams with A-B grades, making it possible for him to end up with A-C grades for those modules as a whole. We followed the same approach when I was tasked with preparing him for his resits (i.e. for the 5 modules he failed in his January exams); again, he passed all his resit exams too.

During this student’s 2nd and 3rd year of undergraduate studies, I actively and iteratively marked his initial attempts at assignments and projects, suggesting recommendations each time, until the reports reached certain minimum standards. Eventually, the student consistently got over 80% in his assignments and projects. In fact, he attained a final mark of 85% for his final year dissertation on mathematical modelling of wind turbine dynamics.

A Boost in Confidence

For his 2nd year exam preparation, we approached it by initially patching his fundamental understanding of engineering principles, covering exam materials, and then working though example questions, whenever possible. Finally, his understanding and ability to put engineering theory to practice was tested by making him sit papers (compiled by myself) under exam conditions. By the end of the student’s 2nd year of undergraduate studies, he has gained a lot of confidence and his expectation from himself improved drastically.

The Highest Cumulative Average in the Department

As a result, he comfortably cruised through his 3rd year of undergraduate studies. At the end of his 3rd year, the student attained the highest cumulative average within his department. Although he was originally enrolled for a Bachelor’s programme (BEng), he decided to change his course to a Master’s (MEng) programme to make good use of the momentum gained. Starting off as a low-performing undergraduate BEng student, this student finished as the highest-ranked MEng graduate.

This is one of the hundreds of success stories I have created as an experienced tutor and senior academic. The key ingredients that make up such success stories include a tailored tutoring approach, feedback-driven exam practice, an iterative approach to improve student’s assignment-writing skills, continuous mentoring and a highly capable tutor. 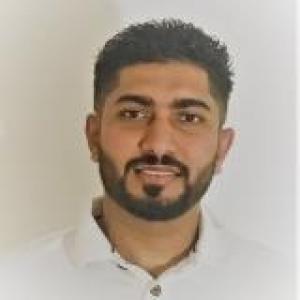 Wasim is a Maths and Engineering tutor in Harrow. He is an award-winning and highly experienced tutor with over 15 years of tutoring and teaching experience. He has made multiple students become University Toppers and World Prize winners.